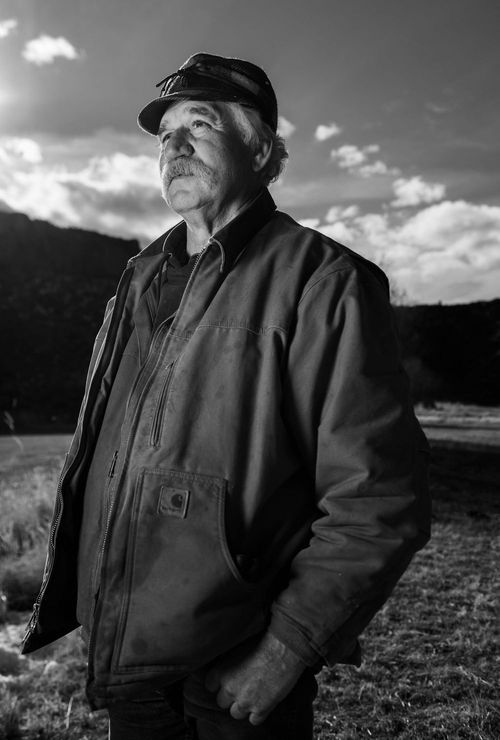 In 1978, Dan Nichols became a resident of Harney County. You could say Dan married well, he met his wife Gretchen at Oregon State University and once their studies were done, she let him follow her home to her family’s place, McCoy Creek Ranch in Diamond where they’ve raised three kids and more heifers than you count.

Dan himself had family in the ranching business and he decided when he was about six that ranching was what he wanted to do. “I enjoy seeing and experiencing things that most people never get a chance to do or see. I also have a deep appreciation for the people involved.” “People aren’t in this [ranching] for the monetary aspect, ultimately you’re in it because you like doing it, there’s something about it that is compelling. You don’t get into this to make a fortune, it’s the other simple little things. I went up the canyon one morning, went up irrigating, one of those mornings when there’s pinks, lavenders and grays and up at the corner there’s a huge boulder and there’s a crane standing on that boulder with all the color behind him. That’s part of the salary I get, the beauty of this county and experiencing it while I work.”

Like any work, ranching isn’t without its challenges. It’s “knowing which way to jump. No different than any other business and the decisions that are made for future progress, [choosing] the best interest of the family and the resources we utilize.” For Dan, it’s also about serving the Harney County community and the interests of its citizens and especially, other ranchers. Dan served as a county commissioner and after leaving that post in 2016 he accepted an invitation to serve on the High Desert Partnership board. Dan continues in that role as an active board member helping to determine the direction this nonprofit takes while also giving his time to collaboratives like the Harney Basin Wetlands Initiative, the Malheur National Wildlife Refuge’s Comprehensive Conservation Plan and the Harney County Wildfire Collaborative.

Back in Diamond at the more than 100 year old homestead of McCoy Creek Ranch Dan keeps very busy caring for the cattle and the land. They’re calving heifers now [late winter] and it’s time to bring them home from the lake and start feeding them meadow hay. In addition to the Diamond place Dan and his wife Gretchen own alfalfa pivots and winter range in the Princeton area that functions as a winter base for the cattle operation.

It’s easy to romanticize the ranching life, including the Harney County ranching life. But the reality is that the work is demanding, unpredictable and never ending. As Dan shares with hope: "The future of Harney County is like hundreds of other historical resource driven communities across the nation. It is a county in transition, looking for a niche that will provide continued opportunity for a solid community economically, socially and environmentally. Good things have been accomplished and through the efforts of many people in the community a viable, long term solution will be formed. Agriculture and the people engaged in ag business will continue to be a driving force in Harney County. Change is imminent but the people of Harney County have, and will continue to meet the challenges of diverse opinion and critical issues head on with the best interests of our community and the resources in mind.”