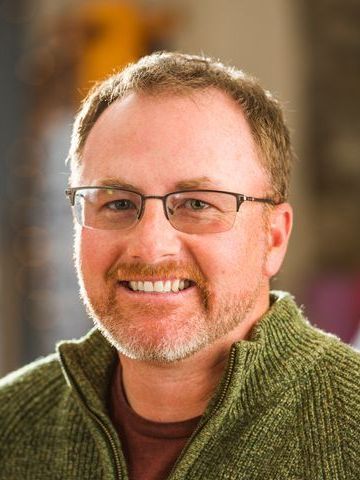 As Aquatic Health Coordinator, Dominic's role is driven by the goals of the Harney Basin Wetlands Initiative (HBWI), a collaborative effort among multiple agencies, organizations, private landowners and other stakeholders. His primary goal is the coordination of multiple inventory, monitoring, and restoration projects to understand and improve aquatic health in the Harney Basin.

Prior to his work with HBWI, Dominic was the District Biologist for Oregon, Washington and Idaho for the National Wild Turkey Federation and also worked with the Natural Resources Conservation Service as the State Wildlife Biologist, where he was working across the state of Washington to conserve habitat for fish and wildlife. He has worked on bird habitat projects in most of the western states and spent ten years working as a refuge biologist for the U.S. Fish and Wildlife Service in Coastal Northern California and in the Modoc plateau of Northeastern California. Dominic grew up in Utah and was raised on the Ogden Bay Wildlife Management area where his father was the manager. He got his master’s degree from Humboldt State University, working on coastal grassland habitat management for geese. He enjoys partnership building and has been heavily involved in The Wildlife Society at the state and national levels.

Dominic has a huge passion for bird habitat, bird hunting and bird dogs. He has been breeding German Wirehaired pointers for more than 20 years and is a volunteer judge for the North American Versatile Hunting Dog Association. Bachman has been a big promoter of youth hunting, helping women get interested in dog training and hunting. Dominic is also the host of the Western Bird Biologist podcast. A podcast promoting bird habitat and hunting from a biologist’s perspective.

Dominic has had an interesting history with Highway 395; he has worked and lived in five places along this highway from Nevada to Washington. Harney County is right in the middle of his stomping grounds and he is excited to be a resident here. Dominic told us he can’t wait to hit the ground running and build on the partnerships and connections he already has and is very excited to create some new ones.

Dominic, along with his many wirehair pointers live on a ranch south of Burns, Oregon.