Fire lookouts have gone high tech thanks to the AlertWildfire camera network. AlertWildfire is a network of cameras (in California, Nevada, Idaho, Washington and Oregon) used in conjunction, when possible, with traditional staffed fire outlooks to help in providing early detection of wildfires. The first cameras in Oregon are located on Blue Mountain and Steens Mountain. With costs of fire suppression reaching historical levels this network of fire monitoring cameras will pay for itself with the early detection of just one fire. 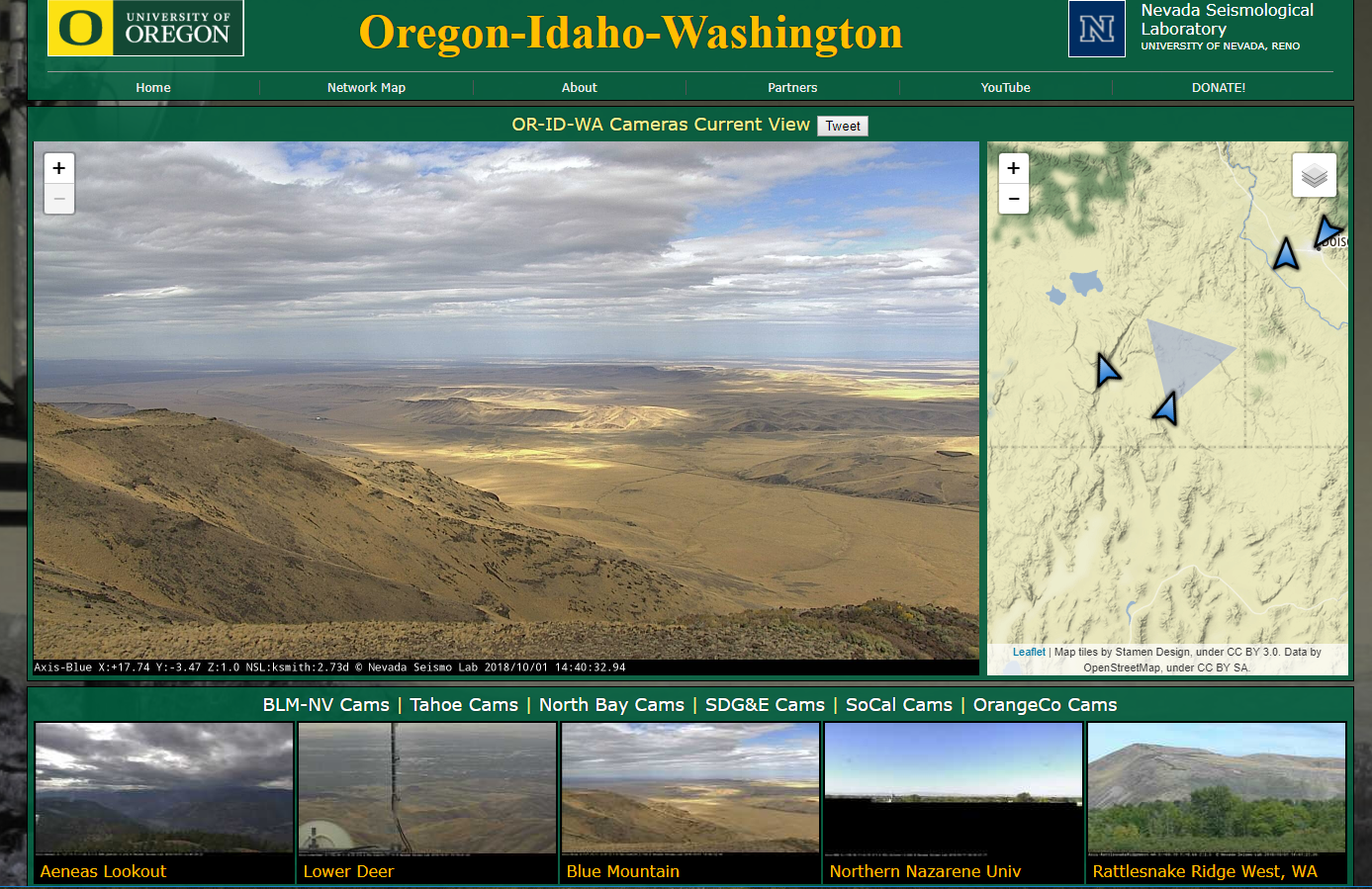 The view from the AlertWildfire Fire Cam on Blue Mountain.

With the improved awareness and prevention of wildfires AlertWildfire provides, it also improves firefighter safety and enables management teams at wildfire incident command centers to more effectively determine how to use their firefighting resources. The added bonus, anyone can access the view from each camera at alertwildfire.org effectively crowdsourcing fire observation expanding the possibility of early fire detection simple due to the increased numbers of people on fire watch.

This article from southtahoenow.com can give you a sense of what these high tech fire lookouts are doing in the Tahoe, NV area to help prevent catastrophic fires.

Read more 'From The Fireline' with Frenchglen rancher Gary Miller's story of survival and recovery from catastrophic fires and his role in building the Frenchglen Rangeland Fire Protection Association and a model for all Oregon RFPA's.