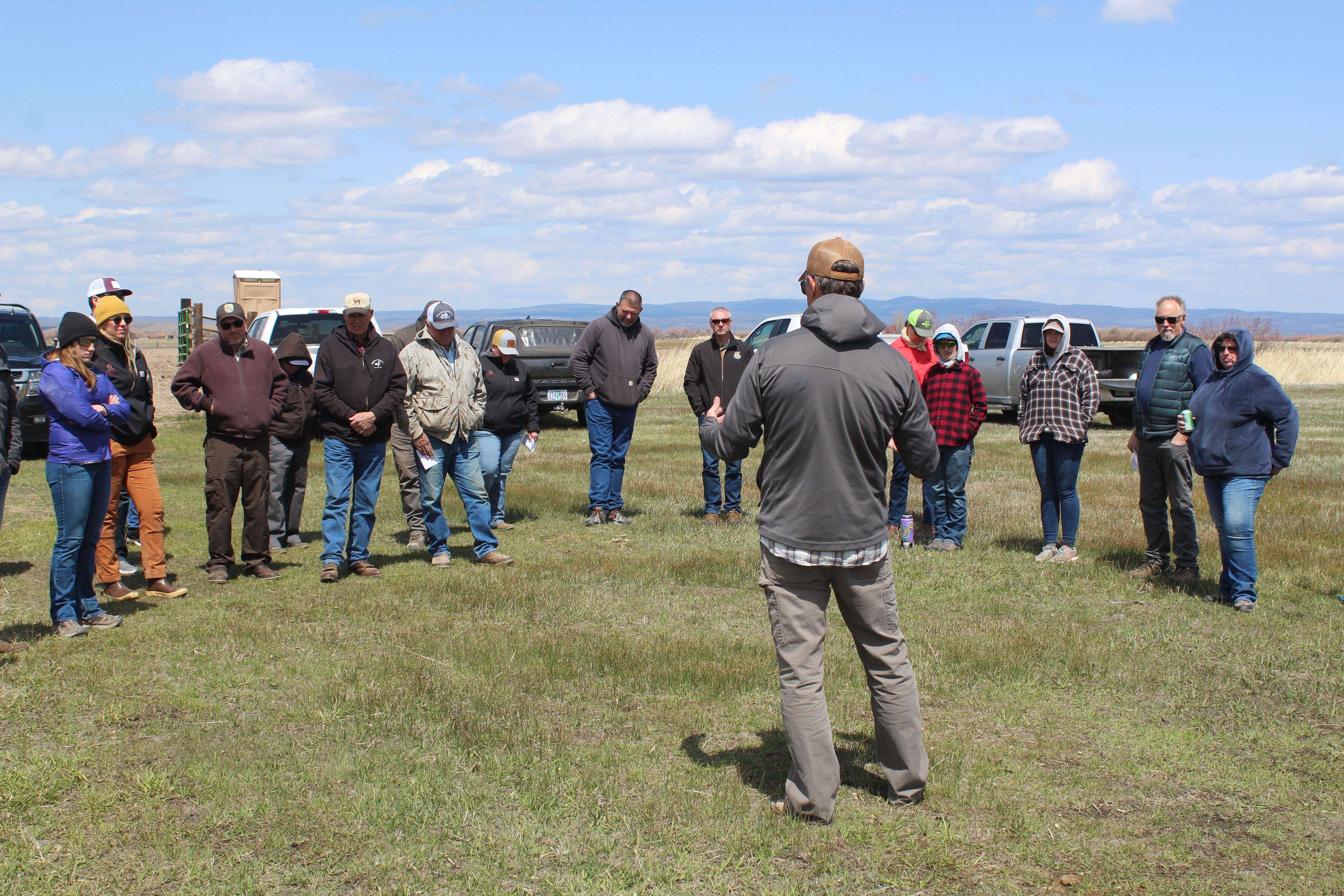 The Harney Basin Wetlands Collaborative was formed in 2011, as a collaborative to find ways to improve the aquatic health and sustainability of Malheur Lake, and the wild flood-irrigated wet meadows across the Harney Basin. This effort is led by a diverse group of stakeholders, including local ranchers, conservation organizations, the Sovereign Nation of the Burns Paiute Tribe, government agencies, technical experts, scientists, area residents, nonprofit partners, and others who share a love and concern for the Harney Basin.

Every year, millions of birds use the Harney Basin as a rest stop on their migratory journeys, both spring and fall, on what is called the Paciﬁc Flyway. An estimated 70 percent of migratory birds—including over 6 million waterbirds—annually pass through the Southern Oregon Northeast California (SONEC) region, which includes the Harney Basin wetlands. Considered one of the most signiﬁcant flyways in North America, birds come to rest and refuel, using both land and water in all parts of the basin, with large concentrations converging on the Malheur National Wildlife Refuge which encompasses Malheur Lake within its boundaries. 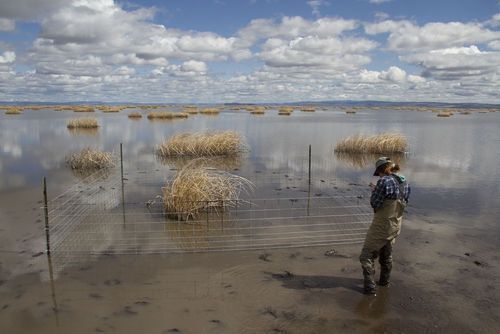 Birds and other wildlife don't necessarily recognize fencing or other human distinctions that define private versus public lands. Harney Basin wetlands provide diverse habitat and water resources in an otherwise arid landscape—which includes thousands of acres of private ranch lands—making it possible for birds to reach their final destinations in good physical condition and ensure robust and resilient populations.

Outside of the Malheur National Wildlife Refuge, private flood irrigated wet meadow ranch lands provide critical habitat. Traditional ﬂood irrigation practices that spread shallow water across the Harney Basin’s hay meadows every spring create conditions that mimic historical flood regimes that support migrating and breeding birds. These private working lands are one of the cornerstones of Harney County, supporting families and feeding the local economy. In the central part of the Pacific Flyway, which includes the Harney Basin, private land comprises 75% of the wetland habitat. 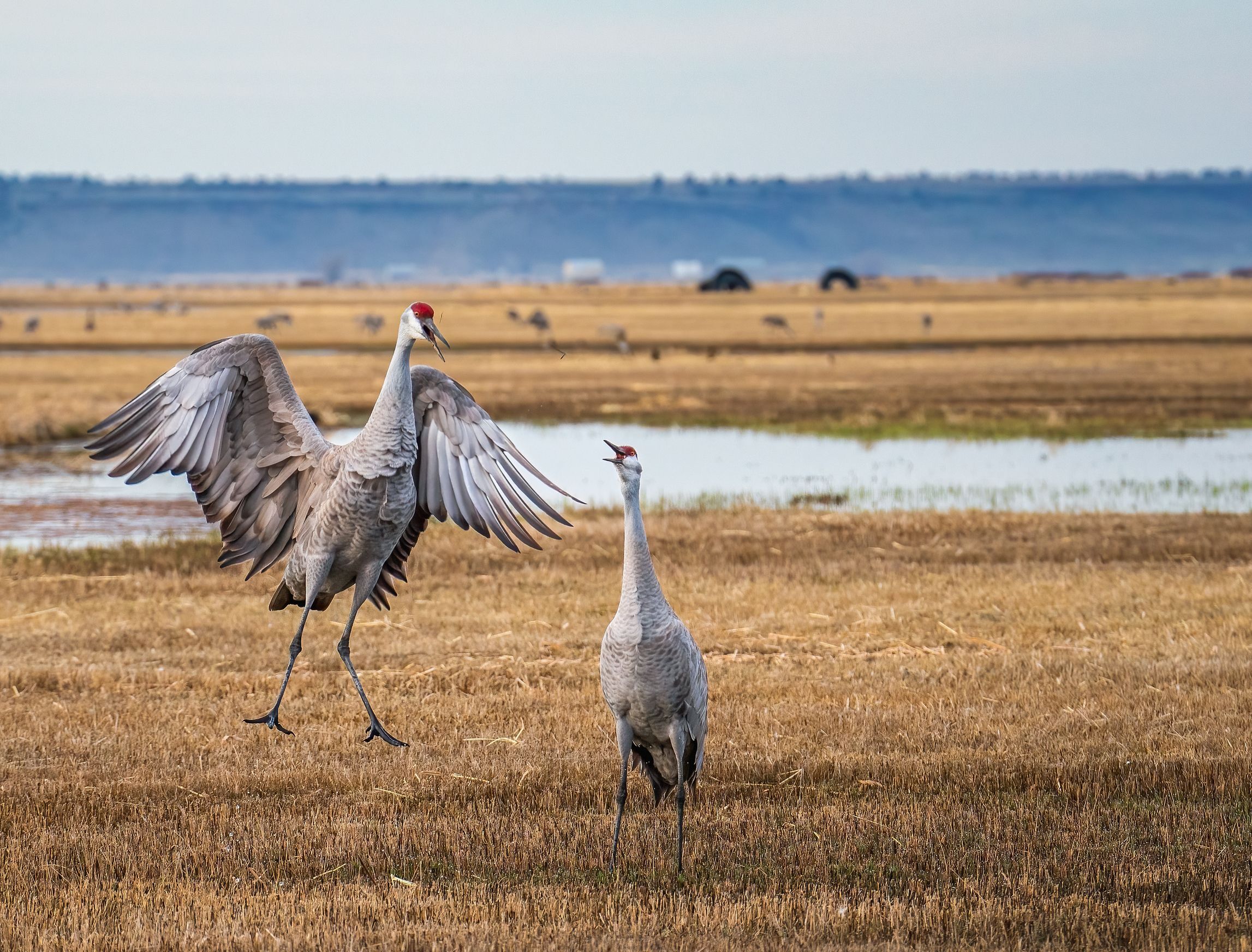 For Both Malheur Lake and Private Ranch Lands

HBWC seeks to revitalize Malheur Lake and ensure private ranch lands surrounding the the refuge continue to function as wet meadows every spring, so birds have this important Pacific Flyway hub. While stewardship of public and private lands provide important habitat for birds and other wildlife species, it also directly benefits the local economy, supporting working ranches and maintaining the region’s vibrant bird-watching tourism.